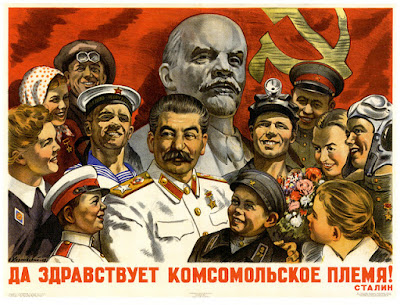 Belgian justice will investigate the murder in 1961, Patrice Lumumba, the hero of Congolese independence. A procedure which, according to historian Elikia M'Bokolo should help heal an old wound of national history.

Belgian justice it succeed to shed light on the assassination of Patrice Lumumba Congolese January 17, 1961 in Katanga? More than 50 years after the fact, federal prosecutors announced on Wednesday 12 December, in Brussels, the opening of an investigation into the death of this figure of African independence.
This decision follows a complaint filed in 2010 in Brussels by the children of the first prime minister of Congo - Kinshasa (June-September 1960) against former police officials and politicians in Belgium. "It is the murderers. In Belgium they are 12, they are alive and we want them meet these heinous acts to justice," had indicated to the press Guy Lumumba, a son of murdered Congolese leader . With Belgian law known as "universal jurisdiction" courts across the country have the opportunity to try war crimes, crimes against humanity and genocide as long as different parties have a link with the kingdom.
Although in 2001 a commission of inquiry of the Belgian Parliament has concluded that "moral responsibility" of the former colonial power in the case, the circumstances of the murder, for which no charge has yet been appointed, remain unclear. We just know that he was killed by local officials in Katanga mining region of south-eastern Congo - Kinshasa who did time with the support secession of Belgium. For many observers, the CIA would also not foreign to the elimination of this "independence hero", whose extreme nationalism and the approximation assumed in the Cold War with the Soviet Union had the gift of irritate Brussels and Washington.

For the historian of Congolese origin Elikia M'Bokolo, professor at the Ecole des Hautes Etudes en Sciences Sociales (EHESS), the opening of an investigation into the assassination of Lumumba opens the door to the identification of responsible . And may, perhaps, help put an end to one of the most painful chapters in the history of independent Congo. Interview.
FRANCE 24: There is currently no official version of the assassination of Patrice Lumumba. Until the Belgian court lifts the veil on the case, what is the thesis that historians and scholars seem to support?
Elikia M'Bokolo: On the one hand, we know from the declassified papers of the CIA, an assassination plot had been established as early as in July 1960 by U.S. agents then abandoned in September of the same year when Lumumba was removed from power by Joseph-Désiré Mobutu and President Joseph Kasavubu.
On the other hand, is commonly attributed to the assassination of Katanga, where he was told that they had complicity with the Katangan Prime Minister and some Belgians who have never been clearly identified.

In fact, the issue is whether the Katangan acted for mining interests and political interests or greater. There is in this case the actors are on stage, as in a puppet show, those who pull the strings and remain invisible. Presumably a state crime like this had the blessing, if we can use that word, the higher authorities of Belgium, perhaps the royal family whose wealth was born in Congo, probably government, but also financial interests, such as Banque Lambert, Societe Generale [Belgium] and other groups whose main investments were made in the Congo and feared that Lumumba makes nationalization.

F24: Children of Patrice Lumumba can they expect from the Belgian justice officials namely it means?

E. M.: They can certainly expect more and better than the work of the Senate Committee, which in 2001 had concluded that the moral responsibility of the Belgian State in the assassination of Lumumba. I believe that this survey we are moving towards identifying responsible. People from the cream of society financial and industrial Belgian people which include the highly successful business leaders have often been cited, and we can now know what their roles were really the case. One of them, Jacques Brassinne the Buissière, has often been questioned because of its links with the Belgian aristocracy as well as financial interests. He always defended his involvement in books but through the investigation we may be able to find out more.
Lumumba's family has suffered greatly and it is never too late to get to the truth. It is quite normal that 50 years after the fact, children who are now adults, and bear the painful weight, finally want to know what happened. We need to come to untangle this knot of vipers to turn the page of history Congolese. Me at the time I was a kid and I'd die having had clarification on this painful mystery that we chase since that time.

F24: How is this legal process is important for the Congolese?

E. M.: In Congo, Lumumba's name is visible everywhere. This figure, as well as Laurent-Désiré Kabila [President of DR Congo from 1997 to 2001 and father of the current head of state] in the pantheon of national heroes. It is obvious that founder death in the history of the nation is an injury, even more serious than the complicity, the precise reasons and how the murder took place has never been clarified.
Congolese memory is a memory shattered. In a way, she stopped at the time of the assassination of Lumumba. Before that, people grasped what was happening: colonization, the struggle for independence, and independence itself. Then it no longer includes: Lumumba was assassinated, Mobutu organized a coup, killing and successive assassinations occur, rebellions emerge, some effects continue to this day in the east, a dictatorial system is implemented ... All the violence that led to the birth of the State are only two or three generations of Congolese live in a sort of memorial night. This is catastrophic.
The investigation will perhaps clarify this and release the Congolese weight as happens to individuals who undergo psychoanalysis. To turn the page, I think it is good to put a face and we establish relationships between personalities Belgian Congo and Katanga who participated in the assassination.

F24: Do you think that this investigation may encourage other Africans to the Belgian courts that "universal jurisdiction" for this kind of case?

E. MR: I'm sure it will create a precedent. During the period between 1958 and 1965, a large number of political killings in the context of the Cold War were never really understood. As Belgium has universal jurisdiction, I am convinced that many other procedures involving Kenya, Uganda, Mozambique, Cameroon and Togo, to name a few, will certainly be involved. For an historian I am it is a very good thing that we can finally sew up the threads of a past that is difficult to understand and interpret.