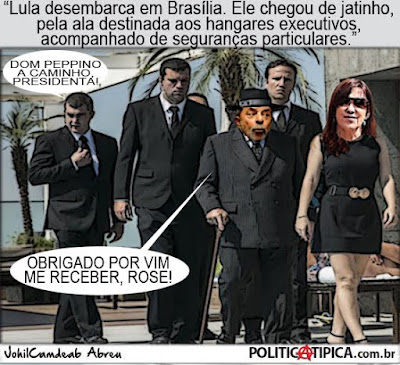 Matthew 1:23 - “Behold, the virgin shall be with child, and bear a Son, and they shall call His name Immanuel,” which is translated, “God with us.”

Isaiah 9:6 - For unto us a Child is born, Unto us a Son is given; And the government will be upon His shoulder. And His name will be called Wonderful, Counselor, Mighty God, Everlasting Father, Prince of Peace.

Isaiah 43:10,11 - “You are My witnesses,” says the Lord, “And My servant whom I have chosen, That you may know and believe Me, and understand that I am He. Before Me there was no God formed, Nor shall there be after Me. I, even I, am the Lord, and besides Me there is no Savior.”
Revelation 1:17-18; Revelation 2:8 - (Jesus is the First and the Last)

Isaiah 44:6 - (God is the Redeemer)
2 Peter 1:1 (Jesus is the Redeemer) - “To those who have obtained like precious faith with us by the righteousness of our God and Savior Jesus Christ”

John 5:17,18 - “My Father has been working until now, and I have been working.” Therefore the Jews sought to kill Him, because He not only broke the Sabbath, but also said that God was His Father, making Himself equal with God.

John 10:30-33 - Jesus answered them, “I and My Father are one.” Then the Jews took up stones again to stone Him. Jesus answered them, “Many good works I have shown you from My Father. For which of those works do you stone Me?” The Jews answered Him, saying, “For a good work we do not stone You, but for blasphemy, and because You, being a Man, make Yourself God.”

Acts 4:12 - “Nor is there salvation in any other, for there is no other name under heaven given among men by which we must be saved.”

Philippians 2:5-7 - Let this mind be in you which was also in Christ Jesus, who, being in the form of God, did not consider it robbery to be equal with God, but made Himself of no reputation, taking the form of a bond-servant, and coming in the likeness of men.

Colossians 2:9 - For in Him dwells all the fullness of the Godhead bodily

1 Timothy 3:16 - And without controversy great is the mystery of godliness: God was manifested in the flesh, Justified in the Spirit, Seen by angels, Preached among the Gentiles, Believed on in the world, Received up in glory.

Titus 2:13 - looking for the blessed hope and glorious appearing of our great God and Savior Jesus Christ

Hebrews 1:8-9 - But to the Son He says: “Your throne, O God, is forever and ever; A scepter of righteousness is the scepter of Your kingdom. You have loved righteousness and hated lawlessness; Therefore God, Your God, has anointed You with the oil of gladness more than Your companions.”

The Third Temple will soon be rebuilt in Jerusalem. We discuss Israel's Seven year Peace Treaty, which will be signed with the Islamic Antichrist (From Turkey), which begins the final seven years of tribulation. This results in Jerusalem being Conquered and the Islamic Caliph setting himself up on the Temple Mount and being proclaimed the Messiah. We discuss how the Islamic Antichrist will be like Antiochus Epiphanes and the truth behind Sharia law. Also more on the Mark of the Beast and its Islamic Connection.

MUSLIMS KEEP ASKING: HOW CAN THE MAHDI DECLARE THAT HE IS GOD AND STILL BE FOLLOWED BY MUSLIMS?

Although it can be interpreted in that way. The KJV Bible does not actually say that he says the Words "I AM GOD". What it does say, is that by sitting in the Seat of God in the Holy of Holies, he is (SHEWING) SHOWING HIMSELF TO BE GOD. So its very possible for the Islamic Mahdi, just by sitting in God's Seat, to be Showing himself to be God, having usurped God's very Earthly Throne.

2Thess 2:4 Who opposeth and exalteth himself above all that is called God, or that is worshipped; so that he as God sitteth in the temple of God, **SHEWING**(Showing) himself that he is God.

Strongs Greek Dictionary G584
ἀποδείκνυμι
apodeiknumi
From G575 and G1166; to show off, that is, exhibit; figuratively to demonstrate, that is, accredit: - (ap-) prove, set forth, shew.

So the KJV Bible does not actually say he "SAYS" he is God, but it says he "SHOWS HIMSELF OFF" as being God.

It is in his HEART that he magnifies himself and thinks of himself as greater than Yahweh. This is confirmed by the Prophet Daniel.

Daniel 8:25 And through his policy also he shall cause craft to prosper in his hand; and HE SHALL MAGNIFY HIMSELF **IN HIS HEART,** and by peace shall destroy many

Therefore it is very possible for Muslims to follow the Islamic Mahdi Antichrist.