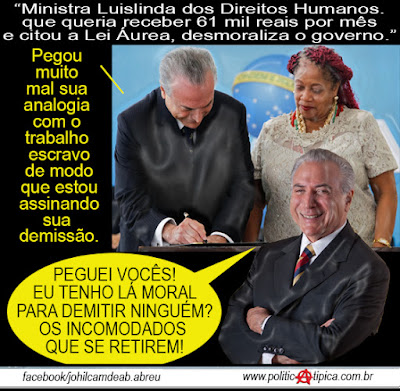 Chronicles 36:15 The Lord, the God of their fathers, sent persistently to them by his messengers, because he had compassion on his people and on his dwelling place. 16 But they kept mocking the messengers of God, despising his words and scoffing at his prophets, until the wrath of the Lord rose against his people, until there was no remedy.


Zechariah 3:1 Then he showed me Joshua the high priest standing before the angel of the LORD, and Satan standing at his right hand to accuse him.


"Let's take a break to think! Why is the Apostolic Catholic Church the only church that is being persecuted by all the religions of this world? All religions, so-called evangelicals, Protestants, Masonic, Islam, the whole world persecutes the Catholic Church and wish its destruction. Why???"

We MUST to remember what our Lord Jesus Christ said:

John 15:20 Remember the word that I said unto you, The servant is not greater than his lord. If they have persecuted me, they will also persecute you; if they have kept my saying, they will keep yours also.


Matthew 5:9 Blessed are the peacemakers: for they shall be called the children of God.
10 Blessed are they which are persecuted for righteousness' sake: for theirs is the kingdom of heaven.
11 Blessed are ye, when men shall revile you, and persecute you, and shall say all manner of evil against you falsely, for my sake.
12 Rejoice, and be exceeding glad: for great is your reward in heaven: for so persecuted they the prophets which were before you.

7 “And to the angel of the church in Philadelphia write,
‘These things says He who is holy, He who is true, “He who has the key of David, He who opens and no one shuts, and shuts and no one opens”:[a]
8 “I know your works. See, I have set before you an open door, and no one can shut it;[b] for you have a little strength, have kept My word, and have not denied My name.
9 Indeed I will make those of the synagogue of Satan, who say they are Jews and are not, but lie—indeed I will make them come and worship before your feet, and to know that I have loved you.
10 Because you have kept My command to persevere, I also will keep you from the hour of trial which shall come upon the whole world, to test those who dwell on the earth.
11 Behold,[c] I am coming quickly! Hold fast what you have, that no one may take your crown.
12 He who overcomes, I will make him a pillar in the temple of My God, and he shall go out no more. I will write on him the name of My God and the name of the city of My God, the New Jerusalem, which comes down out of heaven from My God. And I will write on him My new name.

13 “He who has an ear, let him hear what the Spirit says to the churches.”’

THE ACCUSATION OF SATAN

Satan has another way to attack the believer who diligently follows the guidance of the intuition in spirit; he impersonates the believer’s conscience to accuse him. In order to keep the conscience blameless, a believer is willing to accept the accusations of the conscience and remove all the things condemned by it. The enemy uses the desire of the believer to accuse him, causing him to mistake this as the condemnation of his own conscience so that he will be without peace, become weary of dealing with the problems, and lose his boldness to go on.

A believer can tell whether he has really erred and is under the reproach of his conscience or whether he is merely under the accusation of the evil spirit by asking himself whether he sincerely hates his sin. Before deciding whether it is the conscience or the evil spirit, it is very important that he ask himself this question: if I am truly wrong in this matter, am I willing to remove it and confess my sin? If he truly desires to follow the will of God and hates sin, then before submitting to the voice of accusation, he can be bold because he is not deliberately disobeying God. Having determined to do God’s will, he must thoroughly investigate whether a matter was definitely done by him. He must clearly know and ascertain that it was his doings, because often the evil spirit accuses us of unrelated matters. If this was his doing, he must examine whether it was truly in error. After fully realizing his failure through the teaching of the Bible and the leading of the intuition, then and only then is he required to confess his sins to God. Otherwise, even though he may not have committed any sin, Satan will cause him to suffer as if he had really sinned.

The evil spirit can give all kinds of feelings to man. He can cause one to feel joyful or sorrowful. He can make one feel as if nothing is wrong or as if there is gross error. Just because a believer feels fine, it does not mean he is really all right. Many times, when he feels all right he is really wrong. Similarly, when he feels that he is wrong, it may not be so. Perhaps he only feels this way and is not really in error. However a believer may feel, he must prove with certainty what is really true so that he can decide whether he has sinned or not. As for all the accusations, a believer should take a neutral attitude. Before he acts, he must determine the source of the accusation. If he is still unclear whether it is the reproach of the Holy Spirit or the accusation of the evil spirit, he should wait patiently for evidence and not be anxious. If it is from the Holy Spirit, and he is sincerely willing to remove it, the present delay is not due to his rebellion but to uncertainty. A believer must absolutely reject the confession of sins compelled by an external power, because the enemy often uses this strategy.

In short, genuine self-condemnation caused by the Holy Spirit sanctifies us; Satan’s purpose is merely for accusation. His accusation causes us to frequently accuse ourselves. His aim is none other than inflicting sufferings on us. Not only so, if a spiritual believer accepts his initial accusation, Satan can also give him a false peace so that the believer is not remorseful over his actual failures. This is the greatest damage. Concerning the rebuke of the conscience, everything will be all right after the confession of sin and a request for cleansing by the precious blood. But the accusation of the enemy does not cease even after the removal of the accusing matter. The reprimand of the conscience leads us to the precious blood, but the accusation of the evil spirit causes us to lose heart and consider ourselves to be hopelessly incurable. Satan’s purpose, through his accusations, is to cause us to fall by thinking that "since we cannot be perfect, then we might as well let the things run their own course."

The Biggest sign of Jesus Return - Right in our Faces